Trusts, Societies and Section 8 companies are non-proprietary organizations, which means that they are set up to provide service to the community and not with a profit motive. In India, educational institutions are mandatorily established by a Trust or Society or a Section 8 company. This rule obviously applies to all K-12 schools established within the territory of India.

In this article we will first define what Trust, Society and Section 8 Company are and then discuss key differences. This article aims to aid the aspiring Eduprenurs to decide which of these non-proprietary organizations is most suited to their conditions, constraints and objectives.

It must be remembered that the Trust or Society or Company is not formed exclusively for the purpose of starting or running a school. They have a defined purpose which may include, among other things, running a school.

To begin with, we shall see what a trust is. A trust is legal arrangement devised in order to legally entrust a person or a group of persons with the property for the use or benefit of some other person or group of persons. On the other hand, a Society is an association of a set of persons who get into the association for the fulfillment of a goal, which is inspired by social or community service and described under the Societies act.

Coming to the Section 8 companies, these are registered under and governed by Companies Act 2013.  A section 8 company may be formed for promoting a charitable object pertaining to art, commerce, science, health and so on. It is to be noted that Section 8 companies enjoy all the privileges and are subject to all obligations that apply to Limited Companies.

The distinction between a Trust and a Society lies in the expression of the purpose of their creation itself. They can be easily differentiated based on purpose of establishment. A Trust requires at least two people coming together for its formation whereas a Society must have a minimum of seven persons coming together to set it up.

What is a Trust?

Trust is a legal entity, formed by one party, in which assets are entrusted to the second party by the first party, for the benefit of the third party.

Herein, the first party implies the author of the trust or the Trustor; the second party is called the Trustee. The Trustor entrusts the assets to the Trustee on the beneficiary’s (third party’s) behalf.

The subject matter of the trust is known as Trust Property, and the document detailing the terms and conditions is called Trust Deed.

Trusts are governed by the Indian Trusts Act, 1882 applicable throughout the country with the exception of the state of Jammu & Kashmir.

What is a Society?

Society is a group of persons who are mutually associated for the fulfillment of a common goal or for serving a shared purpose, such goal or purpose may pertain to the advancement of any literary, charitable or scientific work.

Incorporation of a Society requires an association of a minimum of seven persons. The association is formalized by the signing of a Memorandum of Association (MoA) which is filed to the Registrar of Companies (ROC). In this way, the society is legally formed under the Societies Registration Act, 1860.

The MoA contains the name and the stated objective of the Society. In addition, it also details the names, addresses and professions of the members of the governing body which is formed by governors, directors, council, and trustees among others.

What is Section 8 Company?

Section 8 company is, in effect, a trust corporation. It is established for a charitable purpose as an adjunct to the commercial business. Established under Companies Act 2013, Section 8 Company requires 2 people for its establishment. The instruments that establishes the Section 8 Company are the memorandum and articles of association filed on non-stamp paper. These are filed before the registrar of companies.Advantages include the freedom to take up wider range of activities. Objectives of the company can be modified though the procedure has its complexities.

What is the Distinction between a Trust, a Society and Section 8 Company?

The following are the distinguishing points between a trust and a society:

It must be clear that though Trust, Society and Section 8 Company are non-proprietary organizations there are substantial differences in their methods of formation and operation.

Hi. I am starting Franchisee pre-school and elementary school. I am intetested in knowing which is the best and most convenient way out of a Trust, Society or Company under section 8 for schools.

Hi Pawan, are you interested in knowing which among trust, society or company is better or do you want to know which one is better to get out of these entities? I can help if you are a bit clearer.

We are 3 friends planning to provide best education in our area. One is holding land, one is holding cash investment and one is a good teacher. Plan is to invest equally on this setup. Please suggest a trust is a good idea? What will be exit method in case of trust.

Dear Mahesh, yes an educational trust is a good idea but it is one of the several options available. You are thinking of an exit strategy before even starting, this does not sound very optimistic to me. However, in case you want to know, the dissolution of a trust involves the decision of all the stakeholders and it will require as much legal intervention and documentation, if not more, as it takes to establish a trust. 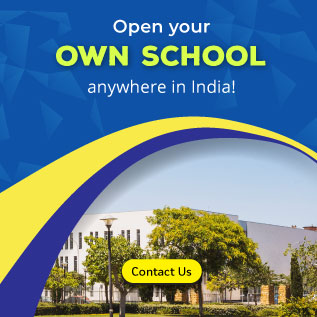 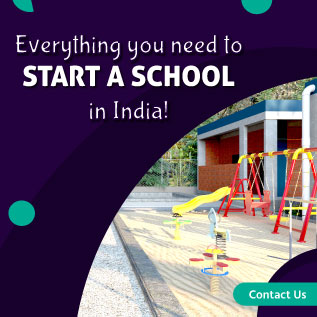